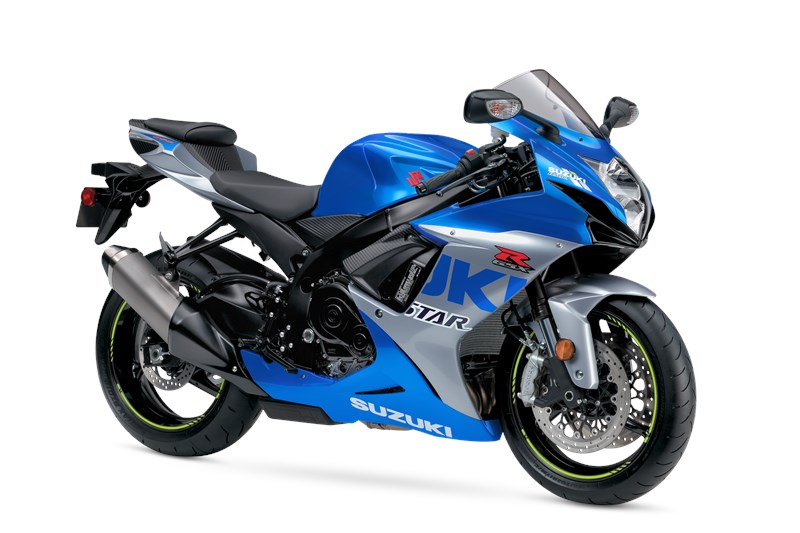 As Suzuki marks its 100th anniversary as a company in 2020, the new 2021 GSX-R600 100th Anniversary Edition arrives to celebrate the brand’s achievements on the racetrack.

In 1985, Suzuki revolutionized the sportbike category with the introduction of the original GSX-R750, and later expanded the line with the addition of the GSX-R600. The limited-availability GSX-R600 100th Anniversary Edition also recognizes Suzuki’s 60th year in racing, a milestone celebrated with the MotoGP team’s retro-inspired livery. The MotoGP GSX-RR's traditional blue and slate silver paint scheme pays homage to Suzuki’s early Grand Prix machines of the 1960s.

The GSX-R600 100th Anniversary Edition remains true to the GSX-R’s original concept and championship-winning heritage, delivering an exciting riding experience in a striking package that respects a century of Suzuki excellence.

All inventory listed is subject to availability and prior sale. Manufacturer's Suggested Retail Price (MSRP) if shown for a vehicle excludes set-up, freight, taxes, title, licensing or other dealer charges, and is subject to change. Individual prices may vary. Please request a quote for specific pricing.

Subscribe to our newsletter to receive our special email offers and more.

Sign in and enjoy all the member benefits right now.

Not a Member Yet?  Start Here

No Thanks, Not Now